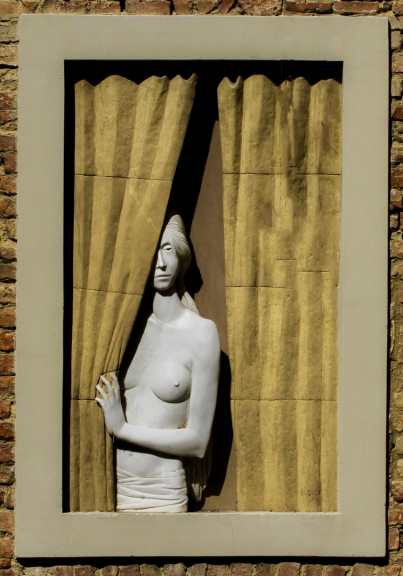 A very informative presentation last night by our own Caroline Preece and I would guess it’s given us a lot to think about when seeing and producing an image. We often hear about the golden rules of photography and like Caroline question just what hey mean and whether we should stick to them. After last night we might consider further experimentation without their use, so thanks Caroline for posing the question.

You may all be aware that we have a new cup to present this year at the annual exhibition, the Kenneth Richardson Memorial Cup for the best black and white image.

Kenneth was a young member in the early 1950s and had his first print accepted into our Annual Exhibition at the age of 16 years of age, two accepted at 17 and 5 accepted at 18 all of which were black and white. He also had a print accepted in the 1955 Annual Sussex Exhibition, a colour slide in the 1956 Birmingham International and a slide accepted in the 1956 Royal Photographic Exhibition. He served on our club committee and became editor of the club magazine. Sadly Kenneth died in a road accident in 1956 at the tender age of nineteen. The cup has been donated by his sisters, Barbara Coombes and Wendy Pearce and will be presented by Barbara at this years Annual Exhibition.

A note from Phil Acland our Sussex Fed Rep.

This Saturday was supposed to be the the Sussex Fed print competition exhibition that we as a club have entered. Unfortunately it has been cancelled however all prints have been judged at a closed event and the results will be announced at the Fed AGM in june.

THE END OF OUR SEASON and my two years as chair. Goodness knows where that time went.It was an unusual period as we all know but I am encouraged but member support and wish David and his committee a very successful 22/23 season. I also hope to see numbers increase at Tangmere as I’ve missed the company of many who used to attend and hope they will feel more confident to join us in September.

My best to all.