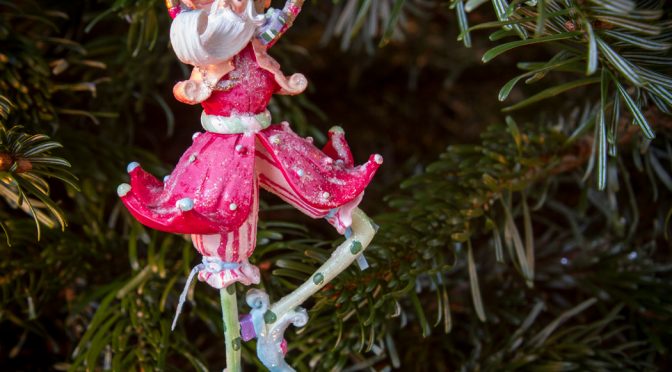 Dear Ladies – THIS EVENT IS CANCELLED

It has been our habit to celebrate ‘Little Christmas’ until knocked of course last year by the pandemic. While it is difficult to plan with any certainty these days as things currently stand it is possible for us to meet again for lunch on 6th January and so I am asking you to let me know if you would like to be part of that celebration.

We will gather at the Walnut Tree in Runcton at 12.30 on Thursday 6th January (this will be confirmed) and as a precaution I will ask that everyone joining us takes a lateral flow test beforehand.

For our newer members, Little or Women’s Christmas , Nollaig na mBan in Celtic, is celebrated on Epiphany and is marked by women meeting together while men (supposedly) undertake the household chores. It was quite wide spread across many parts of the world, known as Nollaig Bheag in Scottish Gaelic for instance and recorded also in Lancashire. It remains strong in some parts, especially Kerry and Cork in Ireland as our two lady Irish members tell us.

I appreciate that some not wish to mix socially this year, but if you would like to come along please let me know via rpsgroup@chichestercameraclub.org.uk by Monday 20th December

to our very own Mr President, Dave Abbott on Tuesday 20th April, if unexpectedly another in (semi) lockdown. 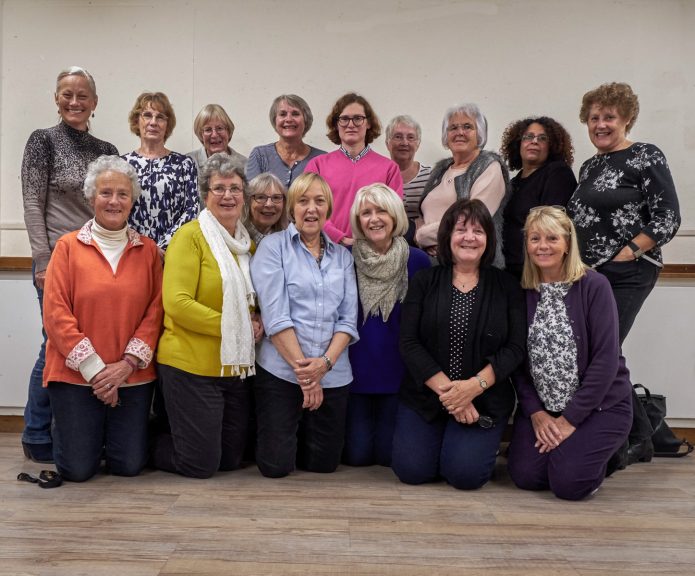 It has been our habit in recent years to meet for lunch to celebrate Little Christmas – or Women’s Christmas. Little Christmas, Nollaig na mBan in Irish or Nollaig Bheag in Scottish Gaelic is a tradition that marks Twelth Night, or Epiphany on 6th January.

It survives in places across the world, but we particularly like the Irish tradition where the men take on all the household duties for the day and the women meet up together, which we have done meeting up for lunch.

Sadly, it looks very unlikely we will be able to celebrate this year due to Covid restrictions not permitting meeting together. I think it very unlikely restrictions will ease by so early in the New Year, but should that happen, I will get in touch to see if a probably limited gathering might go ahead.

In the more likely scenario that we are all at home on 6th January, let us at least raise a private glass (or two – who’s to judge?) and look forward to the possibility of a Ladies wot Lunch simply because we can once restrictions are lifted. 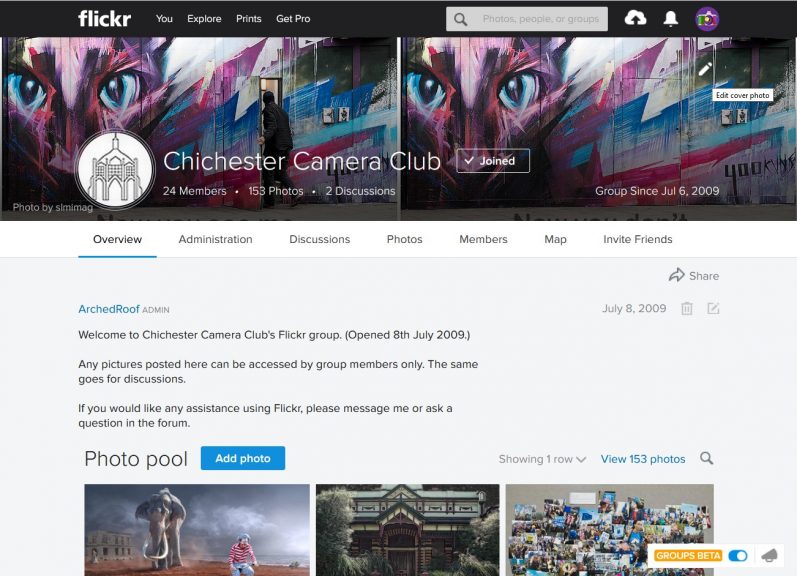 Did you know we have our own Flickr  Group?

We have had it since way back, but it is probably one of the most under utilised things we have. Personally, I never got on with Flickr once it got taken over by Yahoo, but now you don’t need a Yahoo account to join any more, so it is time to see if we can breath some life back into it.

It has been suggested that we should be doing as much as we can to keep people active with the club while we are all isolating, well we can follow the lead of our neighboring Bognor CC who have a thriving Flickr group.

The idea will be to set up regular mini competitions. A set subject will be selected and a time period given to upload images. At the end of the period some learned members will select the best image(s). This is just for fun and open to all classes.

If you want to take part then I suggest you join Flickr and apply to join the group, which can be found here:

You may not have heard that the club has a Facebook page, which is a closed public group on Facebook. We try to keep this group only for Chichester Camera Club members.

The group is here:

The Facebook page is great way for members to communicate with other members and also the club itself. Once you have joined you can follow what is going on and make your own posts or respond to the posts of others. While we are all locked up at home this is a great way to share your photos, ask for comments on images and generally have a bit of fun.

If you have important news, then we will monitor the group and be able to re-post via the usual Newsletter system.

To get this group moving I’m going to start a Photo Domino round. The rules are very simple I will post the first image. If you have an image that matches the image in some way then you can post another. In this way the chain of dominoes increases.

You have to say why you think that you photo matches and people should comment to say whether they think it is a good match or a poor match.

Try to be creative, don’t just post a similar image. Like real dominoes you only have to match one aspect of the image. The clever the match the better. 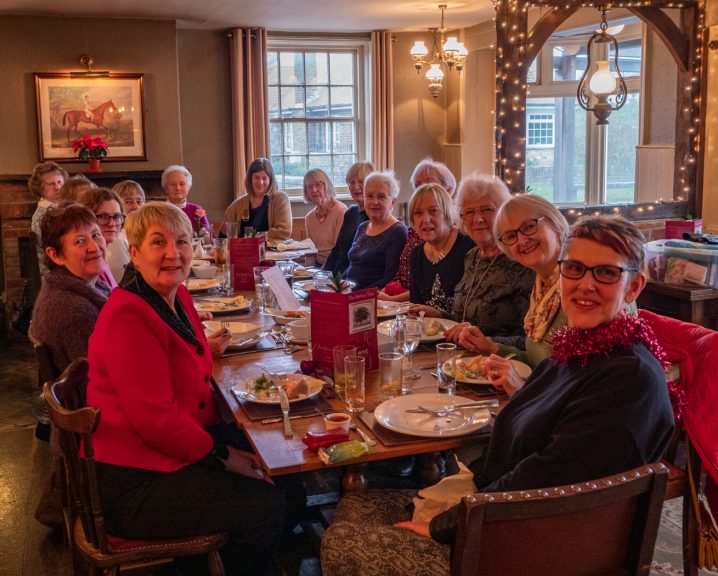 … that if you would like to join us to celebrate ladies Little Chritmas on Friday 3rd January, at 12.30 for 1pm, provisionally at the Walnut Tree in Runction, you need to let me know by this Friday, 20th December please. Full details will follow along with a request for menu choices

Dear Ladies of the Club

This is a reminder that if you would like to join us for the ‘End of Term’ lunch at our favourite hostelry, the Walnut Tree in Runcton on Friday 31st May at 12.30 for 1pm to let me know by Friday 11th May please.

In the first instance, please let me know if you would like to join us , and then I will ask for your order a little nearer the time.

For our newer members, this is a great informal get-together which is open to all the women members over a bite to eat and a glass or two and a good opportunity to get to know each other better. Do come along!

Email me (lornabrown200@gmail.com) to let me know by Friday 11th May please.

First of all, a massive ‘thank you’ for the generous donations to the Red Box, not only did we collect a very good supply of items but, with special thanks to the men who also dug deep into their wallets, we raised £200. If anyone missed hearing about that, it’s a nation-wide scheme to provide period protection for girls and young women who are missing education because they are unable to afford sanitary products. Locally, this runs at Chichester College and I am now liaising with them about how we can best make the most of the cash we raised. Should you want to know more about the national scheme, following this link https://www.theguardian.com/commentisfree/2019/jan/08/girls-school-period-poverty-scotland-free-menstrual-products-england-campaign

As you can see, a good number of us gathered at the Walnut Tree for our now traditional ‘Little Christmas’, the Women’s Christmas celebrated on (or in this case – near too) Twelfth Night. And a very enjoyable occasion it was too, coinciding once again with Margret Preece’s birthday, who had to endure a round of ‘Happy Birthday to You’. An excellent end to the Christmas Season.

This is a request for both the above.

We are short of volunteers to give the vote of thanks to our judges and speakers on the following dates. Dec 6th, Jan 10th & 24th, Feb 7th & 21st, Mar 7th, 21st & 28th, Apr 11th, 18th & 25th, May 9th & 23rd. This is important for the club so please be kind enough to let either Mike Hancock, Mike Harris or  Glyn Edmunds know by email if you are willing to give a VOT. Obviously we need someone for this coming meeting on the 6th.

Now for the fun and games. On Dec 13th we have our Christmas special, Ho Ho Ho, which is a fun evening where we can enjoy ourselves by dressing in our favourite Christmas attire, enjoy some Christmas fare and drink while competing as teams in a Christmas quiz so I do hope as many of you as possible can attend. We need prizes donated for the raffle which can be brought to our next meeting on the 6th or on the night of the Christmas special on the 13th. For those who plan to attend could you also bring some finger food and drinks on the night for us all to enjoy. 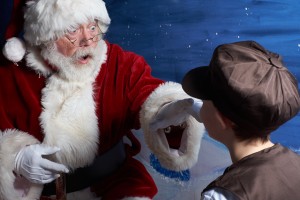