It is with great sadness that we learned that past President of the RPS, Walter Benzie, had lost his long battle with cancer.
Glyn Edmunds remembers Walter, noting that a bright light has dimmed.
“He was a very perceptive and popular judge who had visited the club on several occasions. Not that many years ago he was our Guest of Honour at the Saturday Dinner at North Mundham. I recall his comment about trying to improve the RPS, ‘there’s lots of blood on the floor, mostly mine!’
At two of our recent Annual Exhibitions in the Assembly Room, he came along to say a few words, open the exhibition and present the prizes. Being so local he was very happy to stand in for our Exhibition Selector who lived too far away to attend the Opening.
He was an accountant by profession. Just when he was thinking about cutting back his partner, with whom he set up the practice, died suddenly in his fifties.
Walter passed away quietly in a local nursing home.
His cheerful persona and ready smile will be greatly missed from Tangmere.
There are no details yet of the funeral arrangements.”
Walter Benzie  was our guest of honour at the Annual Exhibition in 2017 while he was President of the RPS 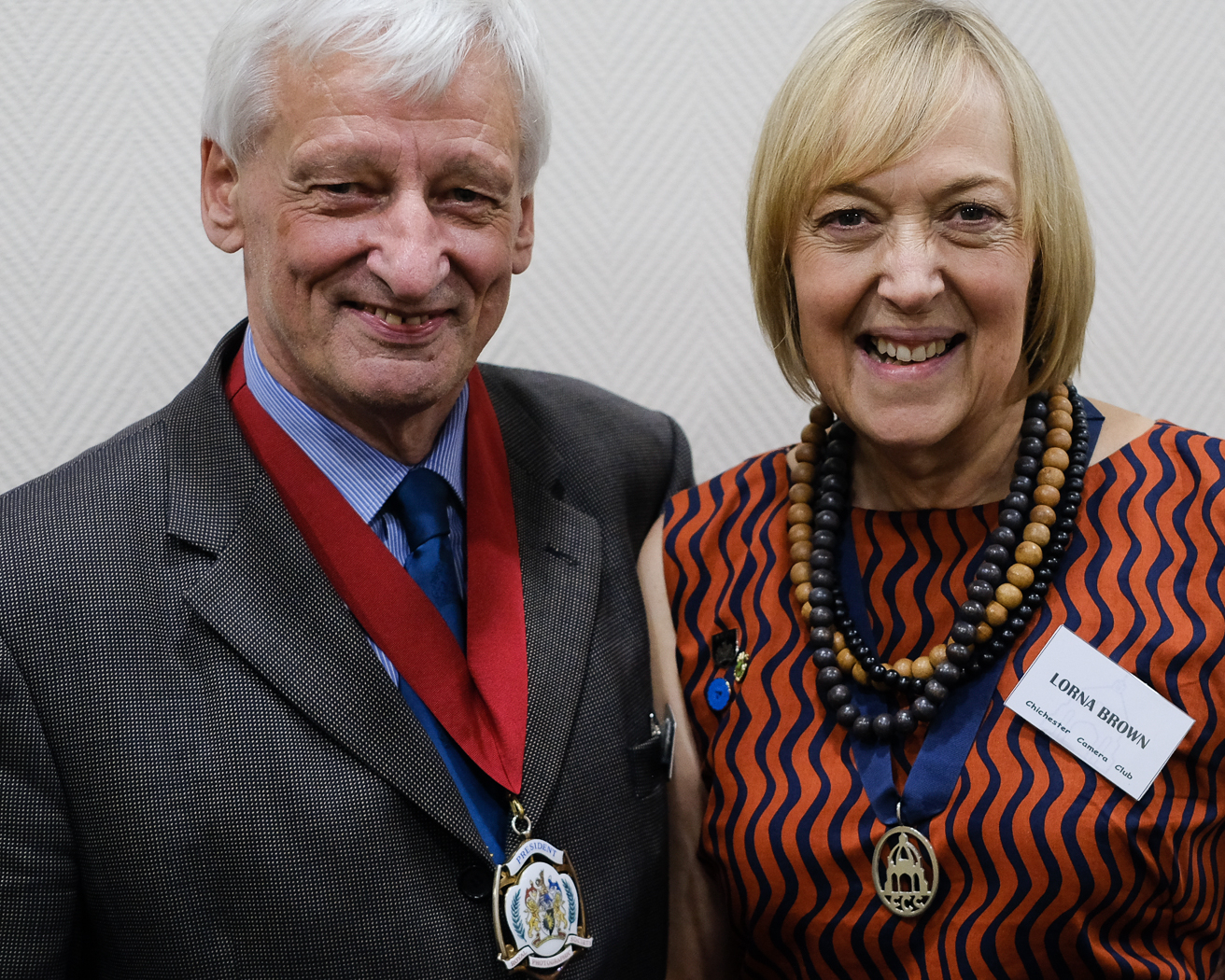