The Settings for Epson Advanced Black and White are shown below from a Mac.  This setting has the advantage that when printing only uses the black and grey inks.
Shot 1
The setting “Managed by Printer”  will be found in the Layout and Style Column on the right hand side of the Print management page. The PDI Image resizing document has been updated for Adobe CC 2105 and Adobe Lightroom 2015 and can be found here. We will be working through this document on Tuesday 27th at the next Digital Group Meeting.

Anyone who saw the word ‘football’ and decided against last night’s talk missed a first rate presentation!  Andrew Tobin told us how, some ten years ago, he had set out to become a sports photographer from club photography.  The story of how he achieved professional accreditation via the publication of his first image in the national press up to his coverage of the final of the 2014 Football World Cup was absolutely fascinating.

Andrew is a very engaging speaker and the images quite stunning.  The background story of how he learned where to stand for the best shots, which sort of pictures get picked, which pages of the papers it is best to get published on, the hoops he had to go through to get cleared as a press photographer in Brazil and the inside story of being at the FIFA World Cup was spellbinding. A queue for a place in a queue for a seat, the mutual support and the underhand behaviours of other photographers, the kit and technology, the documentary photography he made outside the matches and the sheer pressure he had to work under all made for great story telling.

As Peter Rocchiccioli noted in his vote of thanks, Andrew really brought the event to life, and his commentary on the necessary administration and the costs were a reality check. The  second image taken just after the smiling portrait below of Andrew collapsed with exhaustion after his 18.5 hour day also brought home the immense pressure pro sports photographers work under.  Andrew is a regular at camera clubs now – if you get the chance, don’t miss him even if you really don’t like football!

A few reminders closed our evening, for both the Black and White Group and Digital Group meetings next week, the forthcoming 1st Small Print Competition for Club Class members and the deadline on Thursday 29th September for the Advanced PDI competition (see separate posts for details on all of these).

And finally, we were pleased to hear from Don Baldwin who thanked members for the card.  Don’s not feeling too good just now, but hopes to get to a meeting very soon and appreciated everyone’s good wishes.

I regret to say that Geoff Whitaker, a long standing Club Member died earlier this week. The funeral will be at Chichester Crematorium on Thursday 6th October at 12.30.  The family ask for no flowers and that black should not be worn. Geoff donated the Whittaker Cup to the Club, awarded for the best PDI in the Annual Exhibition.

Also, older Club Members will remember Maurine Mason and sadly, I also have to announce that Maurine’s husband Ron Priddle died last week.  Ron’s funeral will be at Chichester Crematorium on Friday 30th September at 2pm.

The first round of the SMALL PRINT (previously ENPRINT) competition will take place on 13th October. All Club Class members who would like to enter should let me have a maximum of three 7″by5″ or smaller prints by the start of the meeting on OCTOBER 6TH so that they can be displayed then.

For the benefit of new members here is a brief resume of the requirements; the full rules are available in the COMPETITION RULES section of this website. The competition is designed to give new members (and old) a different, less stressful way of presenting their work at the club. Prints do not need to be mounted and can be straight from the camera. A small amount of digital manipulation is allowed but only minimal cropping and the use of tools such as exposure compensation and colour correction. Images can be printed commercially (e.g. Jessops or Boots) or you can print your own. There is no set theme this month but there might be in future months. We do need you to put your name and a title for the image on the reverse, but be aware that some pens can transfer ink onto your other prints so the best method is a small stick on label. Three winners will be chosen and a brief written feedback from the judges  (members of the selection committee) will be given. These images will be held back for the final competition in April when the final winners will be chosen. Those three prints will be eligible for automatic entry into the Annual Exhibition in August and there is a small cup for the winner. The only people not allowed to enter are previous winners and of course Intermediate and Advanced members. One word of warning, if you have a wonderful print that you think you would like to enter into the main club competition then do not enter it into the Small Print competition as an image can only be used once in any competition in the season.

This competition gives you a chance to measure your work against others in an anonymous setting,  without marks or comments. However should you require feedback or advice then there are plenty of experts in the club who will be willing, on the day, to speak to you, just ask me if you need pointing in the right direction.

So you still have two weeks to go out with your camera or sort out some images from the back catalogue that most of us have acquired over the years.

I am looking forward to seeing all your images soon 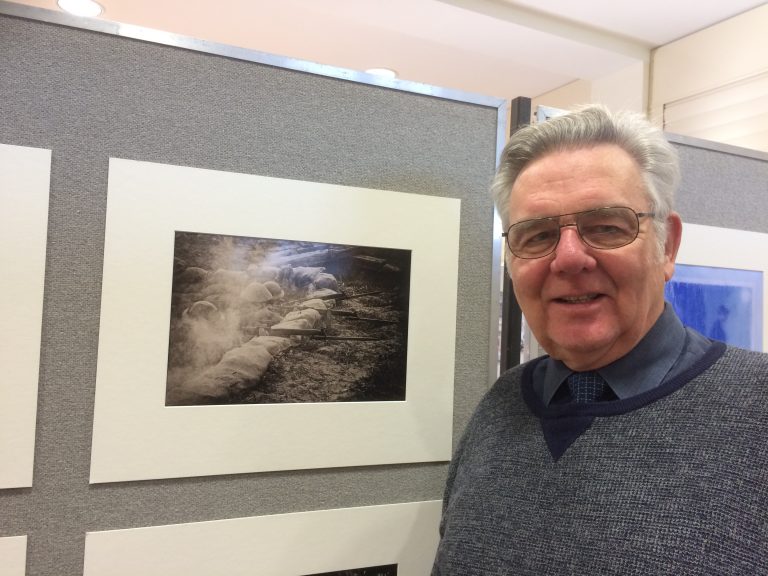 On the 28th September 2016 the Black & White Group hold their first meeting of the new club year.  We will be starting this season with an evening of critiquing black and white prints viewed by Dave Abbott and John Bradshaw two of our advanced black and white members. Club members regardless of ability are welcome to bring along a number of their images and receive help on improving their work if and where necessary.  If you are just beginning or thinking of Black & White then you will be welcome. We meet at 19.30 in the small hall at Tangmere.

The following month on the 26th October Lee Filters have kindly agreed to attend and demonstrate all of their professional filter products.  Club members whether black and white workers or not are welcome to this evenings event.  Same time 19.30 in the large hall at Tangmere.

The first meeting of the Digital Group will be held next Tuesday, 27th September.

In the first part of the evening Jeff Owen will demonstrate how to resize images for competitions. This is something you will need to know if you intend entering the clubs competitions, either PDI or Print as a correctly sized PDI has to be submitted along with a Print entry.

Jeff will also cover the use of Photo Comp and the production of Hanging Plans which you will find necessary for some Exhibitions and the Print Panel competition.

After the break there will be a general discussion about future meetings and this will be your chance to make your suggestions or  particular requests.

The PhotoComp upload site (here) is now set up for the 1st Advanced, Intermediate and Club PDI competitions.

Information on Uploading PDIs for Competitions can be found here.

If you are unsure about resizing look at the instructions here. We will also be covering this at the Digital Group Meeting this month on September 27th details here and here. Congratulations to Keith Sawyer who has achieved the following Salon Acceptances and Awards during the Summer.

On Thursday 22nd September Andrew Tobin will be giving us the behind the scenes story of Photographing the 2014 World Cup. He will be telling us how he went about getting to a massive event such as the world cup in the first place, what happens once you are there, the pre and post match activities, the kit and logistics.  A must for all football fans and sports photographers, with plenty of ideas and tips for the those not at all interested in sport.

As always, non-club members are welcome (a fee of £5 is charged for visitors).