To all members of Chichester Camera Club.  Please bring from 5:30pm onwards on Friday 9th August ‘FINGER FOOD’ either savoury or sweet will be acceptable.  Find me in the Assembly Room on the ground floor.  I will have two long tables set up ready for the fine spread that you all kindly bring for our guests and ourselves to partake during the interval.  If you prefer, monetary donations will be accepted and I will purchase on your behalf.  Thank you for your support, much appreciated. 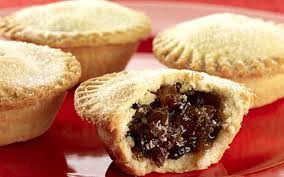 DONATION OF CAKES FROM CCC. MEMBERS TO SELL TO OUR VISITORS WITH THEIR TEA AND COFFEE  DURING THE EXHIBITION

Please bring in your home made cakes this Thursday evening (17th January 2019). Or, shop bought cakes will be accepted too! Monetary donations to Sheila Tester if you prefer cakes to be purchased on your behalf.

I will be happy to receive cakes either home made, bought, or donations, in which case I will purchase on your behalf.  Cakes that sell well are, Victoria Sandwich, Sponge Cakes, Chocolate Cakes, Lemon Drizzle, Fudge Cakes, Coffee Cakes, Chocolate Brownies, Carrot Cake, Cheese Cake, Date & Walnut Cake, etc. Please bring next Thursday at CCC meeting, or Friday 15th after 5:00pm at North Mundham Village Hall.  If you miss those two dates,   bring your cakes along on Saturday 16th from 9:00am onwards.

Thank you in advance for your support.

Results and venue dates for SCPF League – Prints and PDI’s

Round One – Chichester 1st place

Round One – Chichester 5th place

SCPF Exhibition –  Judging was held at Sparsholt Village Hall on Sunday 15th November.  The award ceremony will take place on Friday 8th January 2016 in Salisbury Library after which, the Exhibition will be open to the general public on 9th to 30th January 2016.

Print  –  George Atkins was awarded 2nd place for his print of Trevose Lighthouse.

Stewards are required for the Exhibition, if you are interested please contact John Hodge by telephone 01256 771232 or email hodgeriba@aol.com

There are still some unfilled posts on the Council.  If you would like to be considered for a position on the Council, contact Tony Oliver, email anthony.oliver@hotmail.co.uk