This year there will be a slightly different format for the Small Print Competition. We intend to run the competition in conjunction with the Developers’ Group which meets once a month on Monday evenings. At the first meeting on Monday 20th September the new procedure for judging and feedback will be outlined and also an idea of what judges are looking for in an image. The Developers’ Group is now open to Intermediate as well as Club class members so there will be a series of topics in addition to the competition.

All members who are in Club Class for the Print category are eligible to enter this competition and details of the requirements can be found on the website in the HANDBOOK which can be found and downloaded under the DOCUMENTS tab. Alternatively go to DOCUMENTS then click PUBLISHED DOCUMENTS then IMPORTANT DOCUMENTS then COMPETITION RULES. Briefly you can enter up to 3 small prints with a maximum size of 7 by 5 which have not had any excessive manipulation applied.

If you have 3 prints that you would like to enter into the competition then please bring them along on Monday or alternatively they can be posted or delivered to me before the first round on Monday October 18th. This year I shall be running the small print competition again (Linda Bullimore) but I would hope to find a replacement to take over this job once it is established in its new format. I shall be contacting eligible participants by email before the competition with details of how to get prints to me before we start meeting again at Tangmere.

Any questions please use the Comments tab here or email to membership@chichestercameraclub.org.uk 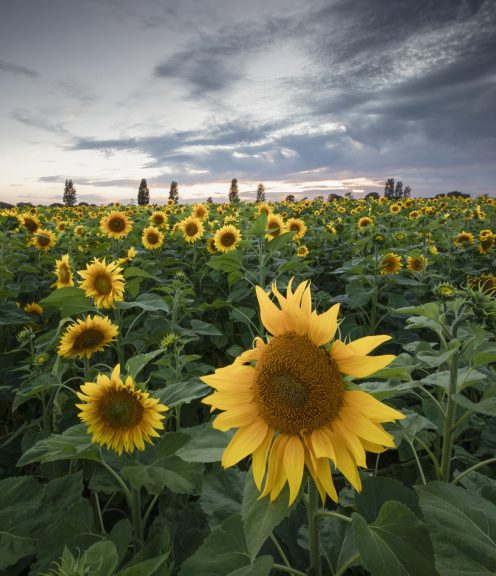 It’s happening. Well, we have a First Session at Tangmere and a First Photowalk planned and in the schedule.

We also have eight sessions and five photowalks pretty much planned throughout the year – but ….. although we have lots (lots!) of proposals to make, it is by no means a fixed programme. So

The first session at Tangmere small hall (Sep 20th at 7.30) is intended to run through how the Developers Group sessions are structured. And, although we have no fixed plans about content, we do have a lot of proposals about what we might do. We will run through those too. That applies even more so to the photowalks – some of which may not be photowalks at all …..

You get the idea;

You can find a more specific agenda for that date in the schedule. 7.30pm, September 20th, at Tangmere small hall.

Finally, as I currently have no real idea how many people to expect (and that colours the preparation to be done), if you do want to be there on Sep 20th and be an active part of the developers group would you please drop me a very simple line saying so at andy_bracey@hotmail.com Thanks 🙂

Sorry to have to do this but the weather forecast for Saturday is dire all day so we are postponing the Bracklesham photoshoot.  I know that rain can add atmosphere but there seems no sense in probably getting drenched.

I do hope that all of you will still be able to make it.

The Newsletter of 10th September set out the details of a proposed photoshoot for the Developers Group at Bracklesham Bay on Saturday 3rd October. We will meet in the beach car park at Bracklesham Bay (PO20 8JH) at about 4pm with a short walk to the water line so we should be taking pictures by 4:30.

I mentioned in that Newsletter that those interested could either let me know now or simply turn up on the night. 3 members expressed an early interest: Zelinda de Cruz, Lorraine Short and Jane Webster and more may wish to follow.

Since the date of that Newsletter the rule of 6 has been introduced by the Government, both for meetings indoors and outdoors, so it is important that anyone intending to come gives me prior warning so the rule of 6 requirements are followed. We can take up to 10 to be split in 2 separate groups of 5/5 between Andy Bracey and myself.

I assume ZZ, Lorraine and Jane are still intending to come (if not please let me know) and if anyone else is interested please contact me by 1st October at the latest.

Don’t forget your tripod and wellies.

A seascape photoshoot meeting will be held on Saturday 3rd October for the Developers Group i.e. those members in the Club class.  We will meet in the main beach car park at Bracklesham Bay (PO20 8JH) at 4pm then there is a short walk to the water line so we should be able to be taking pictures by 4:30 at the latest.

Low water will occur at 1848 and the tide is low at 0.8 on 3rd October so we will have the opportunity to take atmospheric photos of the groyne lines leading to the basket marker as the sea recedes and we can use the beach and/or water lines to fill in the texture around the groynes.  Sunset is at 1837 on that date so low water and possible sunset should produce good photo opportunities.  Even if there no sun cloud formations can be quite spectacular at Bracklesham

Attached to this post are some images by Andy Bracey to show what can be achieved.  Please bring your tripod if you have one and some wellies.  Andy and I will meet you in the car park so we can discuss possibilities before we walk to the shore.

It would be helpful to know how many might be interested in attending (e mail michaelmikehancock@gmail.com) but if you prefer to wait until the day and then just turn up that is also fine.

Our usual Developers group programme is based in the main on indoor meetings but as that may be some way off we felt a photoshoot would be a good way to start.  Depending on the level of interest and views of participants other photoshoots could be arranged.

Please note that the developers group for Monday 20th has had to be cancelled. Mike Hancock is away and I may be on the IOW but won’t know until Monday morning. Apologies to all but I feel it is not worth taking the risk. The meeting will be re-scheduled at a future date and all will be informed.

The next meeting of the Developers Group will be held at 7.15 for 7:30 in the Small Hall at Tangmere on Monday 18th November. This group is exclusively for those members in the Club Class.

The first half of the meeting will review the ‘homework’ images from the last meeting using variations in shutter speed, aperture and ISO on the same scene and in the second half we will look at how to create impact in your photos using basic digital manipulation techniques.

As usual the emphasis will be on interactive activity with an opportunity to follow up the techniques learned through taking your own photos on a few set themes.

For those new members unable to attend last Monday I am circulating a number of the slides used which should help you get away from the automatic setting on your camera to use Aperture Priority, Shutter Priority and Manual modes. At the end of the meeting members were a series of tasks to undertake as ‘homework’ aimed at helping to reinforce the learning achieved. These too are being circulated.

The first meeting of the Developers Group will be held on Monday 16th September commencing at 7:30 pm in the Small Hall. The group is exclusively for members in the Club class and we will develop an agenda during the year, in discussion with you, that will best meet the your particular needs.

The first half of the evening will be a presentation on ‘Getting Control of Your Camera’ which should help those who as yet have not progressed beyond the automatic camera modes. Prints will be displayed to show the effects that can be achieved using different shutter speeds and apertures. This section will conclude with a discussion about a series of exercises to be undertaken that will help to reinforce the learning points. Participants will be asked to bring along to the next meeting the photos they have taken in undertaking this ‘homework’.

The second half of the meeting will be a discussion on your specific priorities to be covered in future sessions. It would be helpful if you could bring a selection of prints on the type of photos you like to take so we can identify areas for development. I do hope to see as many as possible of the new members in the Club class. This group is for you. Help us to make it as useful and relevant to you as possible.

An informal meeting of the Developers Group will be held on Monday 20th May. Please meet in the car park at Bosham (near the water) at 7:30pm.