Over 100 people from Chichester and Bognor Camera Clubs and a number of visitors from other Clubs in the region were treated to a superb presentation by Eamonn McCabe on the theme ‘My Life in Pictures’.  Reflecting on a professional career that spanned five decades, his story took us from his first photographic experiences of trying to capture the essence of a concert by The Who to becoming one of the leading press photographers of his generation. Working mainly for the Observer and Guardian newspapers he covered three Olympic Games and won the coveted “Sports Photographer of the Year” award a record four times. His harrowing pictures of the Heysel Stadium disaster in 1985 marked a watershed of personal development from sports photographer to photo journalism and subsequently he became the Guardian’s picture editor and won the “Picture Editor of the Year” title a record six times. 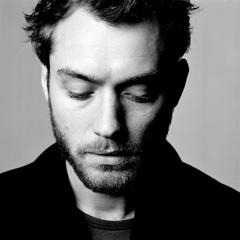 In the latter part of his career, working freelance, he specialised in portrait work, taking photos of the rich and famous from Bill Gates, David Bailey, to John Hurt and Jude Law, even a session with Tony Blair who refused to look up from writing a speech.  Virtually every portrait image shown incorporated a humorous story from his attempts to get round ‘the minders’ to dealing with the awkward and getting his subjects to ‘give him something’ of themselves.  Whatever the challenge his photos were stunning, different and totally memorable.  The whole lecture was delivered in an open, friendly and humorous manner and gave us a real insight in what it is like to work at the very top of the photographic profession.

A thoroughly captivating evening fully appreciated by everyone present.