The particular matter for discussion at the AGM was to consider the position for those Members who have been in Club Class for some time already and any newer Members joining the Club who do not achieve promotion for some time. It was agreed that:
Existing members who have been in Club Class for 3 years or more and who wish to progress to the Intermediate Class will have the option of self-referral to Intermediate providing they have entered the main Club competitions during the previous year, irrespective of the marks obtained. 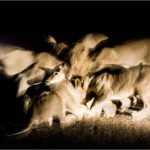